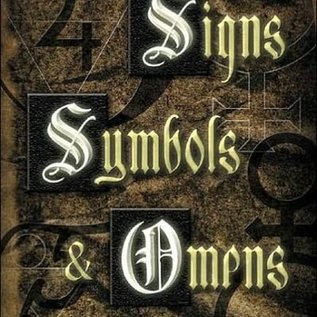 $16.99 Excl. tax
Brand:
Hex
As human beings, we live in a world of symbols. From traffic signs to the very letters that comprise these words, symbols are woven into every aspect of daily life. Since prehistoric times humans have used symbolic representation to communicate with each other and with the divine.

In Signs, Symbols & Omens, leading occult authority Ray Buckland describes the form and meaning of over 800 symbols from ancient and modern religions, magical traditions, and indigenous cultures around the world:

Understand the symbols used throughout human history and gain a deeper appreciation for the depth of the human experience and the vast uncharted realm of the collective unconscious.