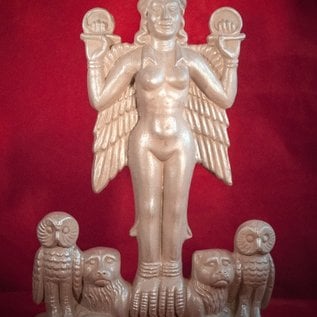 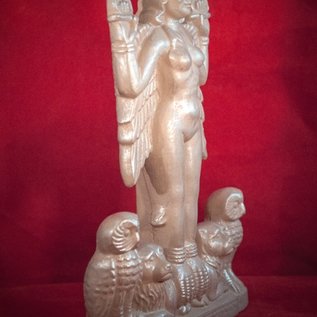 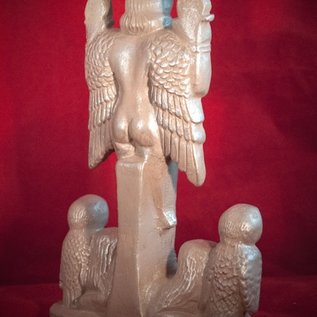 $74.00 Excl. tax
Brand:
Hex
She holds the rod and ring of Sumerian royalty. Lions and owls symbolize her power and wisdom.

Levite priests who assembled the Bible called Lilith a demon, most likely due to her assertive behavior at a time when male dominance was relatively new.

A sensual goddess, she gathered men into the temple for sexual rituals, but refused to assume the missionary position. Lilith was considered powerful by Babylonians, Hebrews, and Muslims alike.

Some scholars name this image Ishtar or Erishkegal.