He in German-Scandinavian mythology is of vengeance. He can endow those he loves with intuition and discernment.


He is who bore just retribution for all the misdeeds that were only committed by both people and gоds. Little was said about him, but it 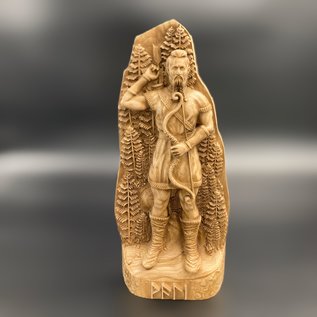 He in German-Scandinavian mythology is of vengeance. He can endow those he loves with intuition and discernment.

He is who bore just retribution for all the misdeeds that were only committed by both people and gоds. Little was said about him, but it was his retribution that those who committed the crime feared most of all.
It should be noted that, unlike many other mythologies, in the Sсаndinavіаn, the avenger god had very little meaning. This is unusual because the vengeance was quite normal for these peoples, and they often waged long wars for an outraged part or as part of a blood feud. But among the warriors, there was almost no one who would not commit a crime, just as today there are almost no crystal honest people. So it turned out that the son of Оdіn himself, a powerful god, became one of the least significant.
He was born to a giantess named Rind. The birth of a god was not an accident, just as everything that happened in this world before Ragnarok was not an accident. His birth was only a reflection of justice and revenge. After he was born, this god grew up quickly and became strong and powerful in just one day. This is a sign that the punishment for a misdemeanor, that justice can be very, very quick, that there is no need to wait for it.

To say that he was born with a specific purpose, his description in mythology allows. Exactly what he did, and the fact that he did only that, speaks of his clear purpose. And his story intersects with the sad and strange story of the god Balder, who, by the way, is his half-brother on his father's side.
When Hodr, at the instigation of Loki, became the killer of a beautiful and bright ace, the killers received their punishment. And it was the god of retribution that brought this punishment. He himself found out what had happened and himself came first to the scene of the crime. The blind man who became a murderer was punished by the god of vengeance with death. And it was he who seized and imprisoned the deity of magic and lies, the first of all the gods.

According to the myth, when he was born, he fully matured in one day and avenged Baldr's murder.