The first book to reveal the history of Western sexual mysticism… 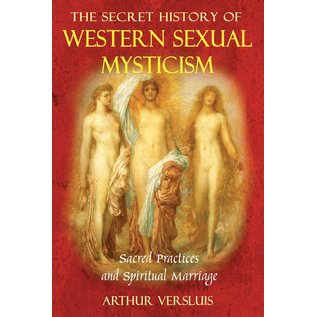 The first book to reveal the history of Western sexual mysticism

Beginning with the ancient Greek Mystery traditions, Gnosticism, and the practices in early Christianity, Arthur Versluis uncovers the secret line of Western sexual mysticism that, like the Tantra of the East, seeks transcendence or union with God through sexual practices. Throughout antiquity, and right into the present day, sexuality has played an important, if largely hidden, role in religious traditions and practices. This includes not only Christian but also kabbalistic and hermetic alchemical currents of sexual mysticism, many discussed together here for the first time.

In the Mystery tradition of hieros gamos (sacred marriage) and the Gnostic tradition of spiritual marriage, we see the possibility of divine union in which sexual union is the principal sign or symbol. Key to these practices is the inner or archetypal union of above and below, the intermingling of the revelatory divine world with the mundane earthly one. Versluis shows that these secret currents of sexual mysticism helped fuel the rise of the troubadours and their erotic doctrine, the esoteric teachings of Jacob Böhme in the late 16th century, the 19th-century utopian communities of John Humphrey Noyes and Thomas Lake Harris, the free love movement of the 20th century, and the modern writings of Denis de Rougemont and Alan Watts.