The Invisible History of the Rosicrucians: The World's Most Mysterious Secret Society - by Tobias Churton

Home / The Invisible History of the Rosicrucians: The World's Most Mysterious Secret Society - by Tobias Churton 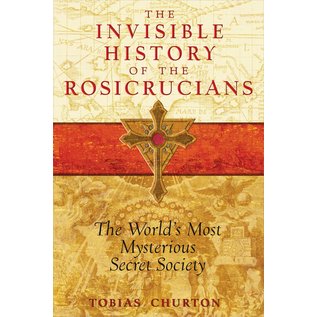 • Contains the latest research on the origins of the Rosicrucian movement

• Presents the ties between Rosicrucianism, Freemasonry, and the Templars

• Written by a “perfected” Knight of the Rose Croix and the Pelican (18th degree, Ancient and Accepted Rite)

For nearly 400 years, incredible myths and stories have been woven around the “invisible” Brothers of the Rose Cross, the Rosicrucians. It is said that they possessed the secret of man and God, that they could turn lead into gold, that they governed Europe in secret, that theirs was the true philosophy of Freemasonry, and that they could save—or destroy—the world. In The Invisible History of the Rosicrucians, Tobias Churton, a “perfected” Knight of the Rose Croix and the Pelican (18th degree, Ancient and Accepted Rite), presents the first definitive historical and philosophical view of this mysterious brotherhood. Starting at its beginnings in Germany in 1603, Churton unveils the truth behind the complex story that underlies the Rosicrucian movement. He explains its purpose, the motives of its earliest creators, and the manifestos “accidentally” published in the 17th century that emerged at precisely the time when modern science was emerging. He details the people who influenced its development—including Johannes Kepler, Robert Fludd, and Sir Francis Bacon—and the ties between the Rosicrucians, Freemasons, and Templars. He also shows how Rosicrucianism shaped the mythology and spiritual consciousness of both North and South America and reveals that there are many Rosicrucian fraternities still active throughout the world today.