Witches, Werewolves, and Fairies: Shapeshifters and Astral Doubles in the Middle Ages (Original) - by Claude Lecouteux 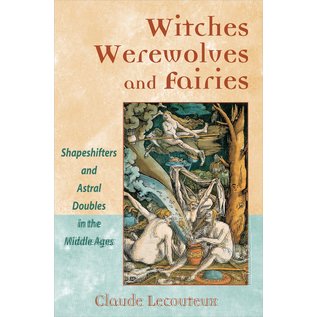 • Demonstrates the survival of a pagan belief that each individual owns three souls, including a double that can journey outside the physical body

Monsters, werewolves, witches, and fairies remain a strong presence in our stories and dreams. But as Claude Lecouteux shows, their roots go far deeper than their appearance in medieval folklore; they are survivors of a much older belief system that predates Christianity and was widespread over Western Europe. Through his extensive analysis of Germano-Scandinavian legends, as well as those from other areas of Europe, Lecouteux has uncovered an almost forgotten religious concept: that every individual owns three souls and that one of these souls, the Double, can—in animal or human form—leave the physical body while in sleep or a trance, journey where it chooses, then reenter its physical body. While there were many who experienced this phenomenon involuntarily, there were others—those who attracted the unwelcome persecution of the Church—who were able to provoke it at will: witches.

In a thorough excavation of the medieval soul, Claude Lecouteux reveals the origin and significance of this belief in the Double, and follows its transforming features through the ages. He shows that far from being fantasy or vague superstition, fairies, witches, and werewolves all testify to a consistent ancient vision of our world and the world beyond.