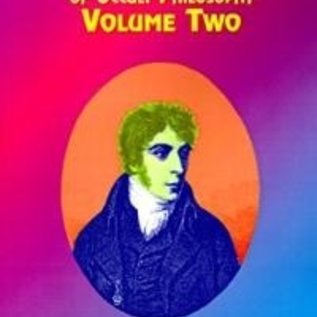 $17.95 Excl. tax
Brand:
Hex
The Magus has proved to be the most sought after set of books on magic and alchemy ever published. There is very good reason for this. These books are powerful, and were considered so dangerous that for many years, rare copies could only be found in certain libraries, locked away from the general public and from those who would use (or misuse) its power.

The original set of books was first published in 1801 by its author, Francis Barrett, who had an extensive background in the medieval and occult sciences. He spent many years of diligent study before releasing them. His premise for the material, that is, before putting anything into these books, Barrett first subjected the various theories to certain tests that had to be "substantiated by nature, truth, and experiment" first. They were written for those seeking the key to the philosopher's stone and the powers of magic.

The illustrations in this book were taken from ancient and medieval texts, magical tables, planetary tables, talismans and images of angels and demons. Book One covers natural magic, amulets and charms, potions, precious stones, lights, candles, alchemy, the philosopher's stone, transmutation, the four elements, numbers, and planets. Book Two covers magnetic powers, Cabalistic magic, the names of angels and spirits, the performing of invocations, conjuring spirits, magic circles, receiving oracles in dreams, positive and evil spirits, and concludes with a major biographical section on the great magicians of history.