The union of three divine wo 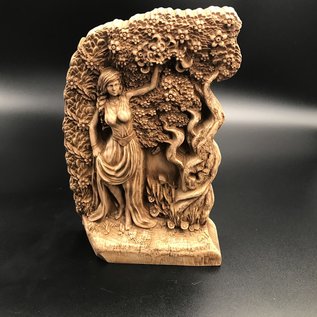 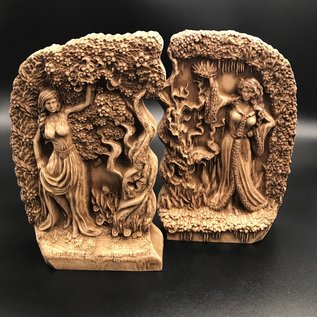 The union of three divine women, the Virgin-Mother-Old Woman, was identified by the ancient peoples with the three lunar phases in nature. The Great Mother Goddess, as the same goddess, was revered: both a mother, and a virgin, and an old woman.

Moreover, each image had its characteristics and its phase of the lunar ascent to the firmament.

She is the Goddess of Eternal Femininity, the Mother of the World - the Mother of all people and gods, and at the same time, their death. She is the Eternal Virgin, Wife, and Old Woman. She is Freedom, Love, and Wisdom. She is the Depth of the Depths and the Mystery of Secrets.

She is the cry of a newborn baby, a groan of passion, and is the last breath of a dying person. Thousands of artists and icon painters tried to show the world its inexpressible beauty, forgetting that only the uncreated beauty of the starry sky, uncompressed field, and raging sea can somehow serve as a reflection of Her overwhelming greatness.

Virgo is an unmarried woman, there is a woman free from all restrictions, duties, and norms, unbound by oaths and someone's expectations, belonging only to herself and to no one else. The Virgo Goddess also has an unspent potential, the beginning of the path. With all this potential, she is also a hidden treasure, the desired prize. All that freedom, which she owns, cannot leave anyone indifferent.

The artist depicted Virgo in two stages - in summer and in winter to show she may stand in front of us in different ways. Summer is a riot of color, a feast of fertility, a pleasant feeling of warmth and comfort. Winter is a harsh but wonderful time of the year, which surprises with its inconsistency, pleases with holidays, and entertains with snow fun. The same with The Virgo Goddess. She changes her mood like a season.